On our road trip through Sweden we decided to visit Santa World. We hadn’t heard so much about this theme park so frankly our expectations were pretty low. What a surprise we got when we got there and saw the place!

Help in the battle for the Land of Fairytales

We have heard that Santa himself lives here and Yes, we got to meet him! But we also got to meet so many other sweet fairytale characters and fabulous houses. When you arrive at the park you will get a day program with times for the various acts and shows. It is all about a battle for the Land of Fairytales, where you and the good characters fight against the Troll King and other evil characters. 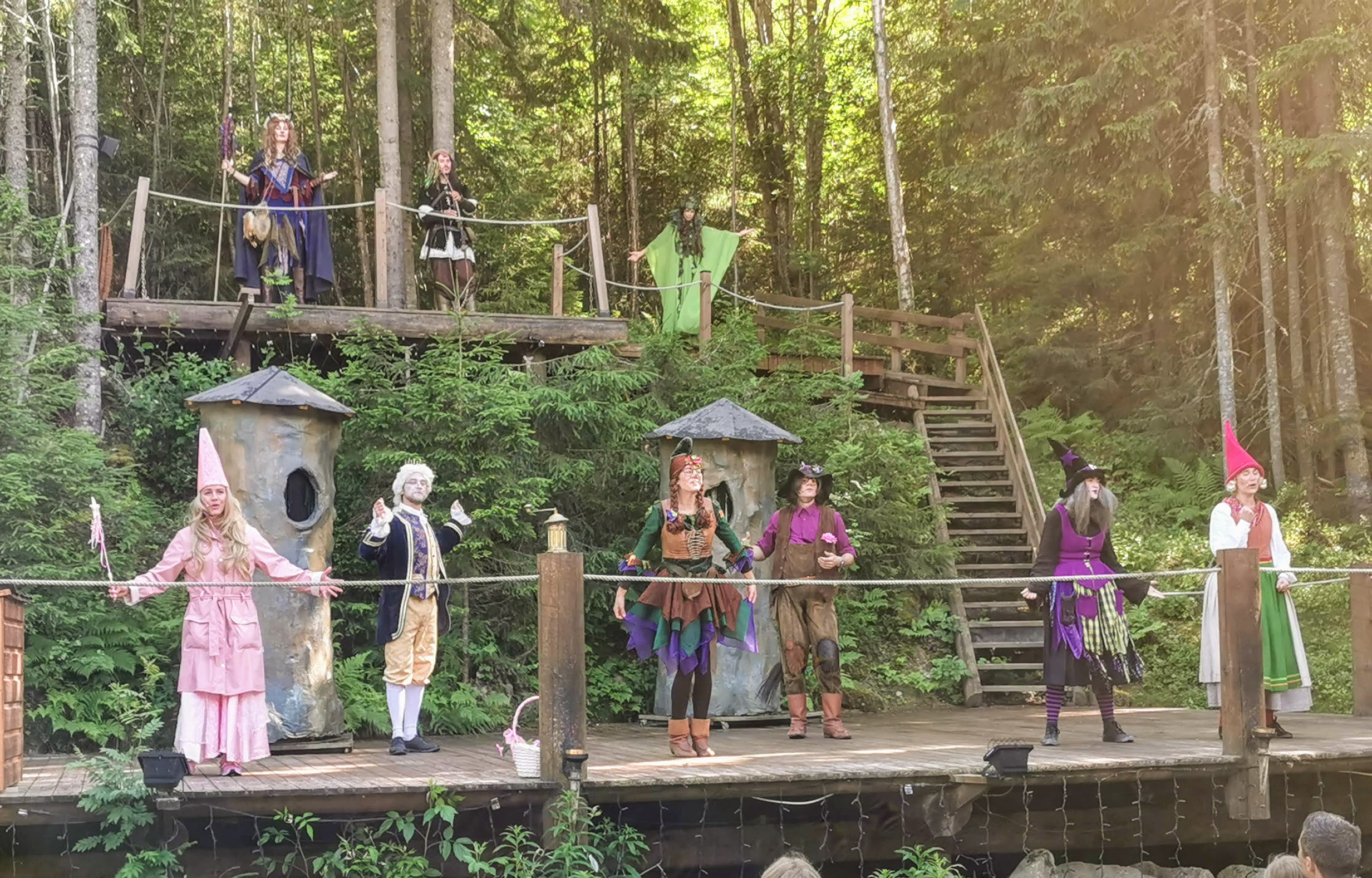 One should go on the 3 “main acts” that are marked in the day program and then there are also small shows in between to get to know the characters. The shows are so fun and thrilling and even the children in the audience are involved in the shows by making special moves to create “Santa Power” to scare the Troll king away. In addition to the shows, there are so much else to see and do.

Characters in Santa World in Sweden

There are many fun, sweet and interesting characters, some from the Nordic mythology, in the Land of Fairytales. Here are just some of them:

The Hulder and the Fairies 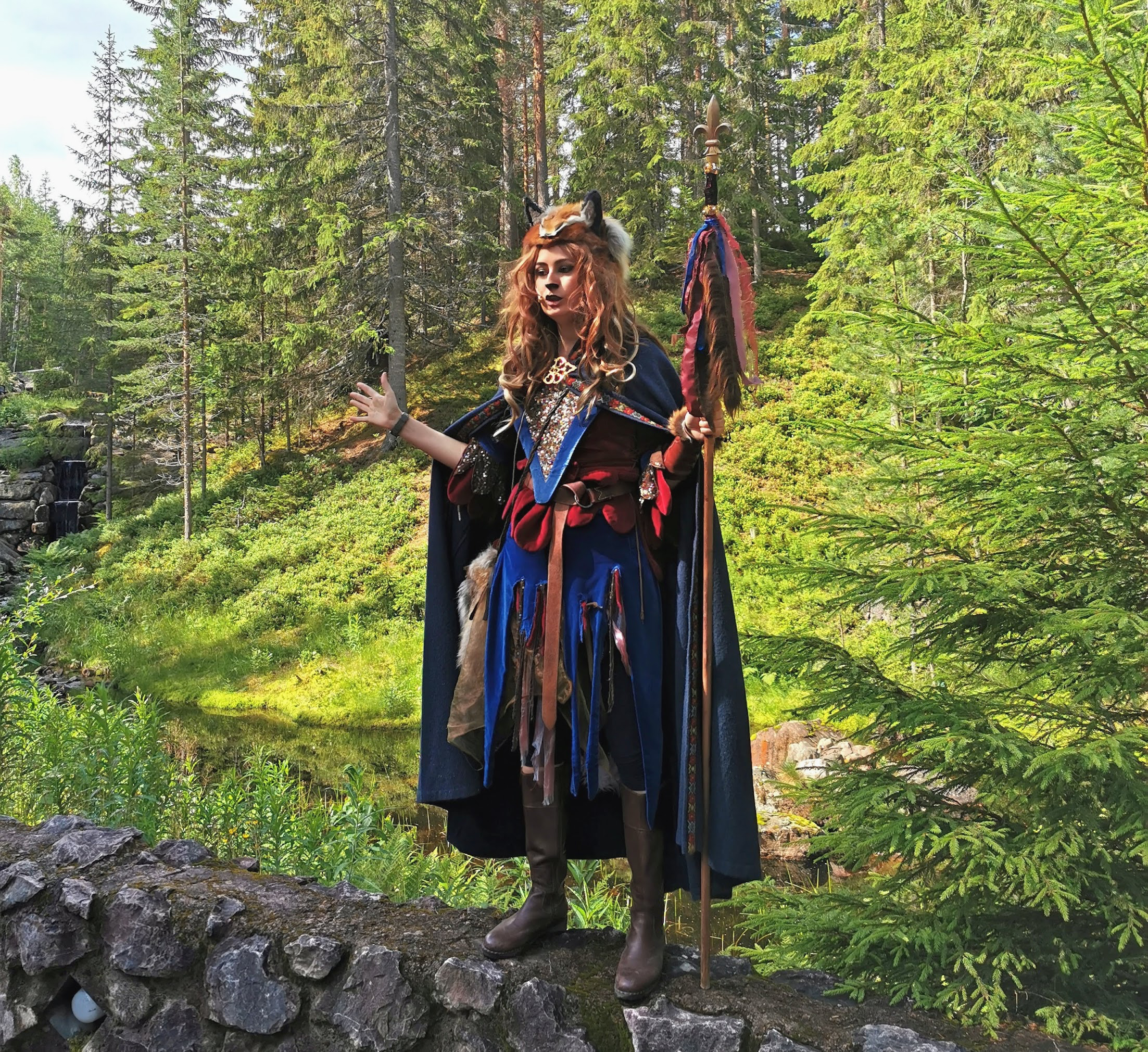 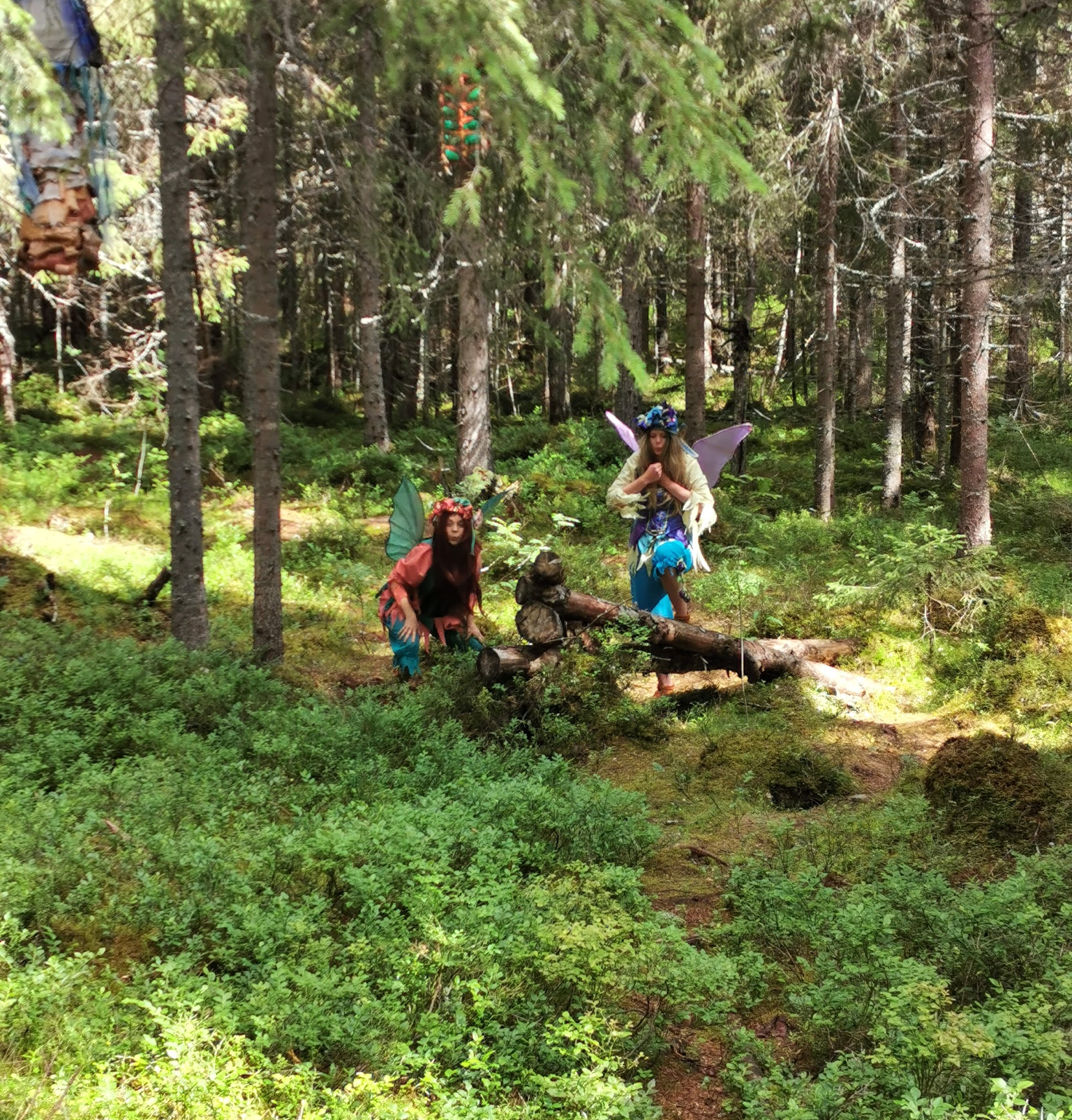 The Elf and the Dragon baby

The Elf protects the nature and the animals in the forest and he has built a nice house for the Little Dragon baby that came to him a while ago. He takes care of the Dragon baby until the Forest dragon female comes back. The Dragon baby looks natural and moves like an animal so our children wondered if it was a real dragon. 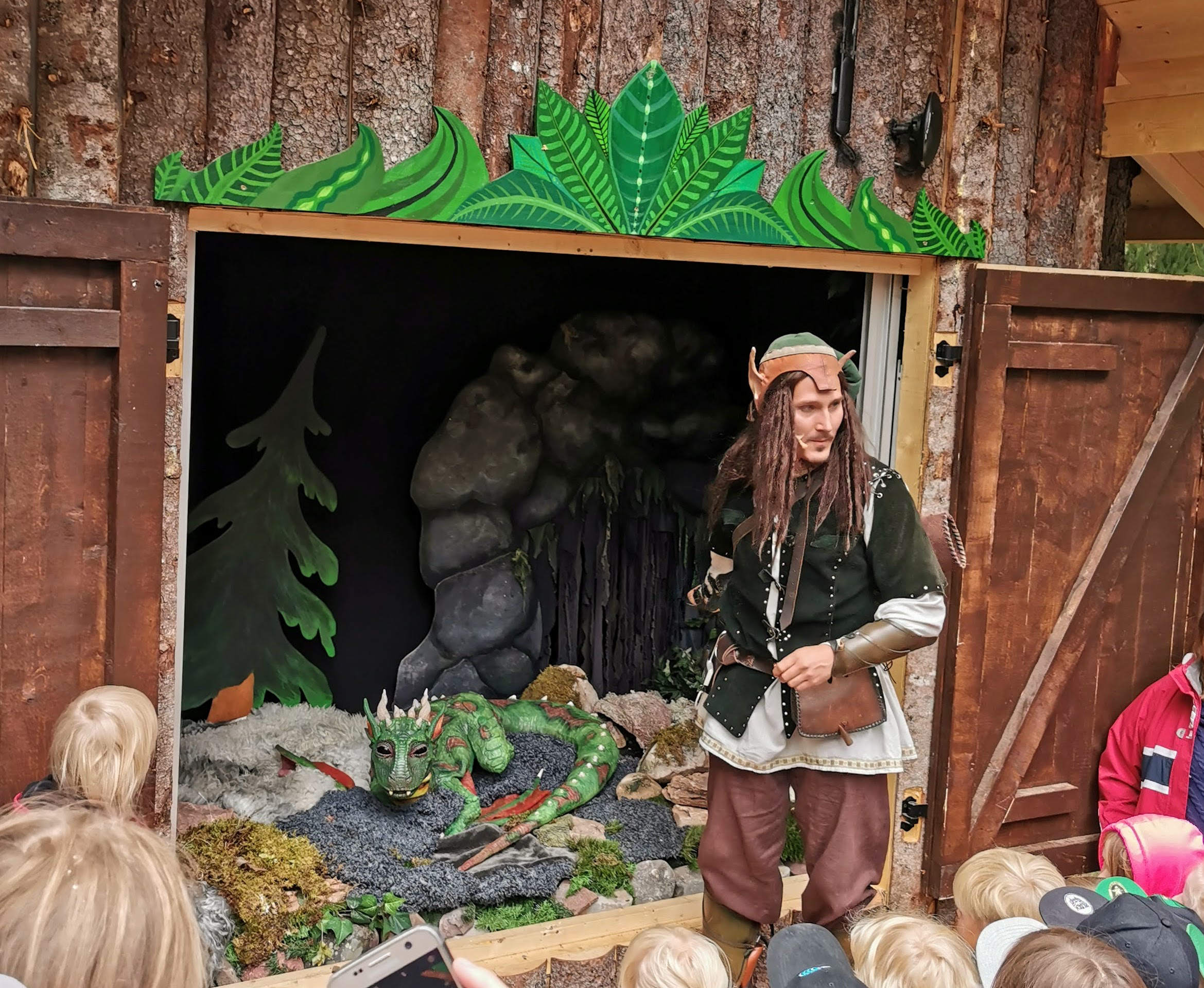 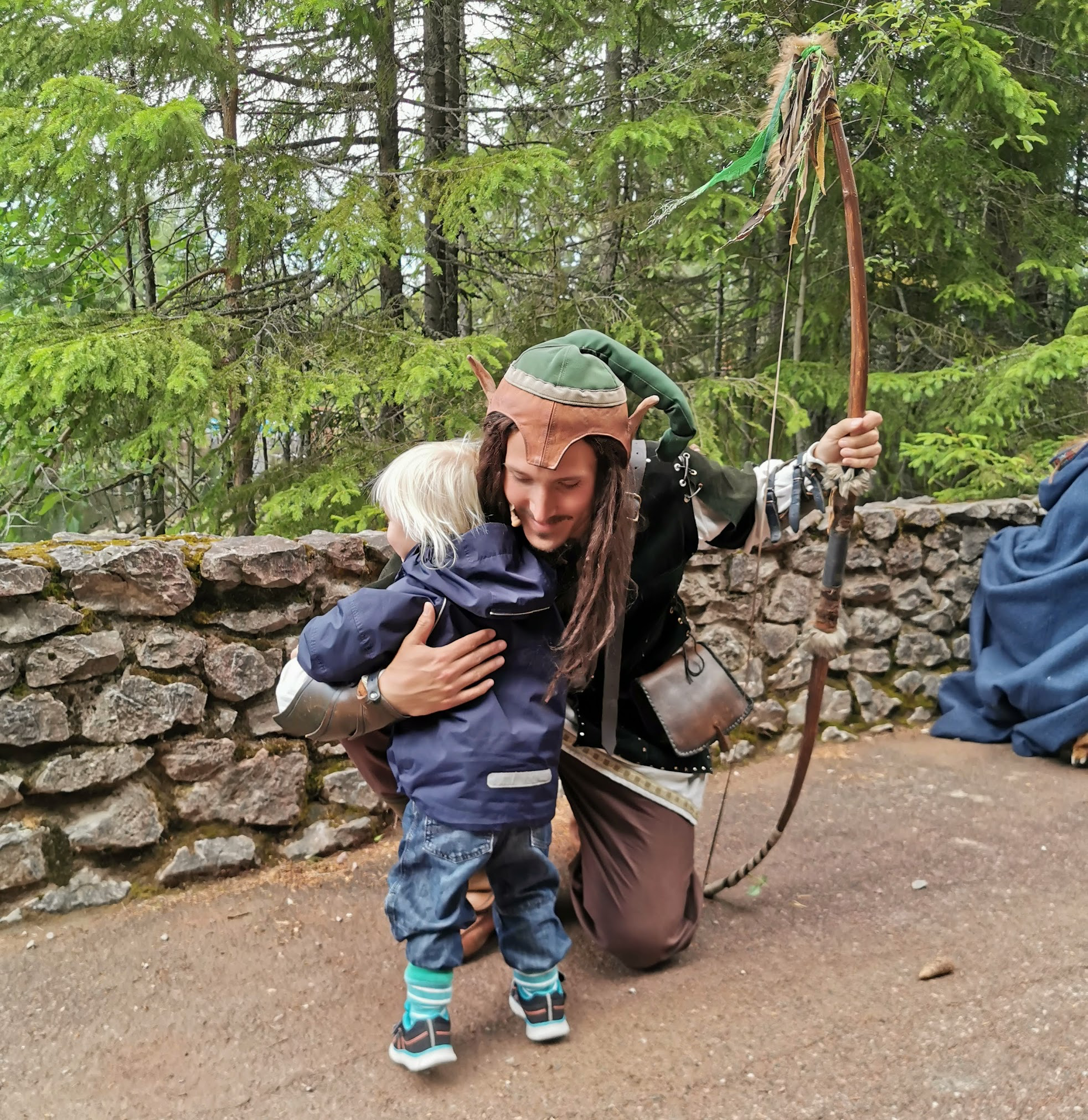 The Fairy Godmother and her Pavilion

Next to the beautiful lake in the centre of Santa World is The Fairy Godmother´s Pavilion. Here we met the Fairy Godmother, that grind the magical fairytale powder that is the magical ingredient in all the world’s fairy tales. In her Pavilion the children can play, read a book and try her clothing, etc. 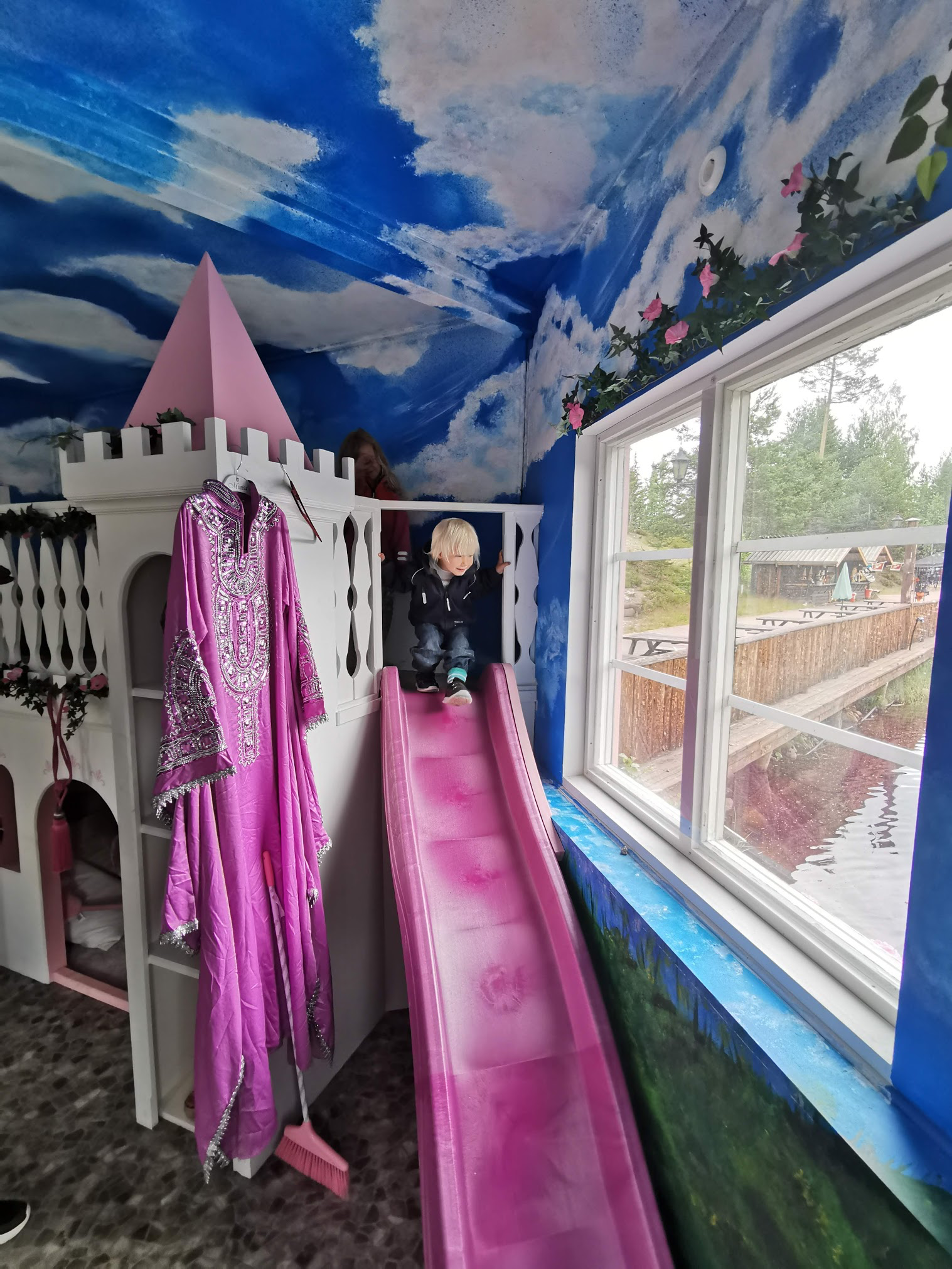 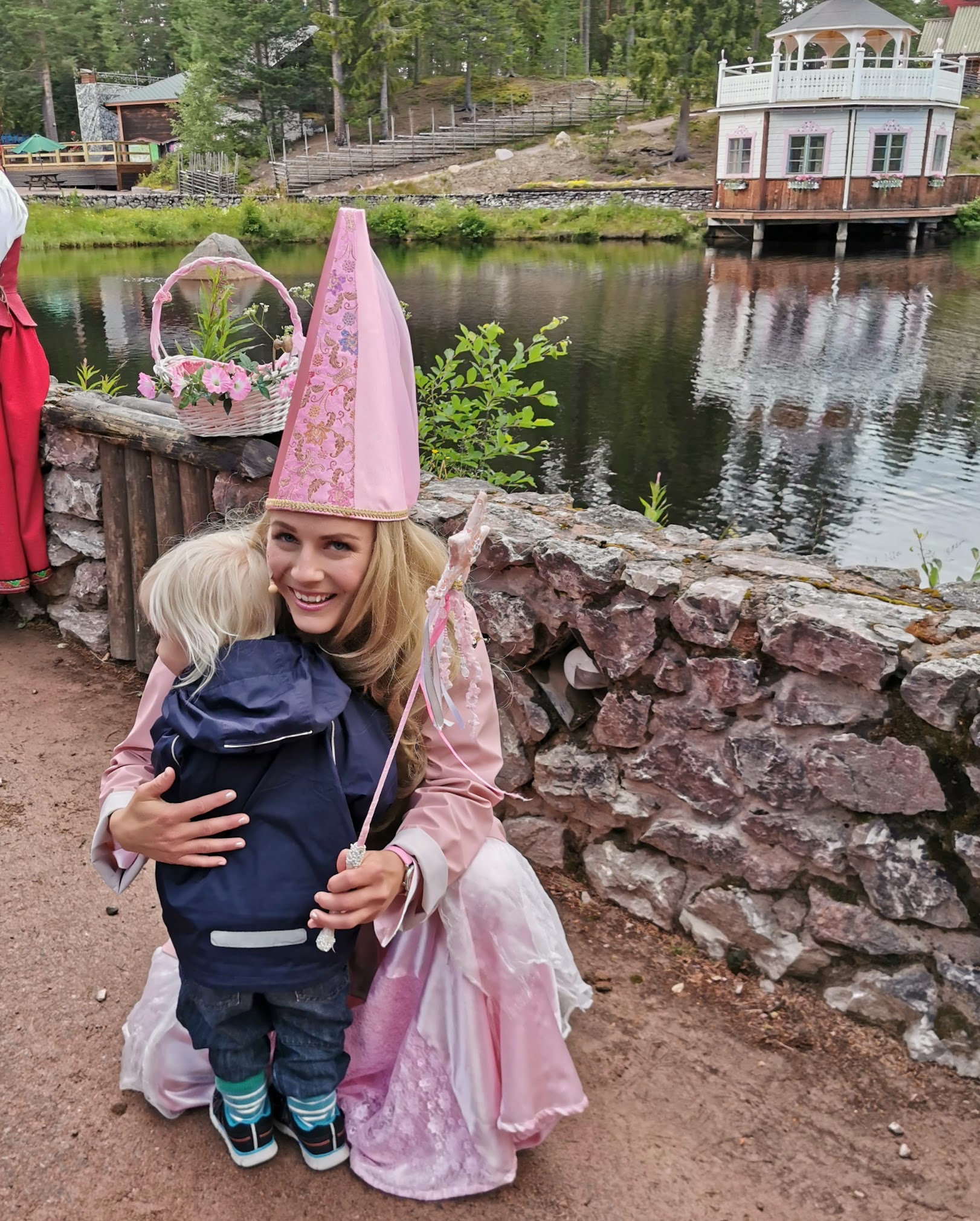 We made a visit to Santa´s cozy house. Here the children can see how Santa lives, visit his bedroom and try his bed, walk into his and Mrs Santa´s beautiful kitchen. Our children wrote a wish list that they personally handed over to Santa. They got a small bell from Santa that they later could use in one of the shows. The children created Santa power by ringing their bells and could then help to scare the evil Troll King away. 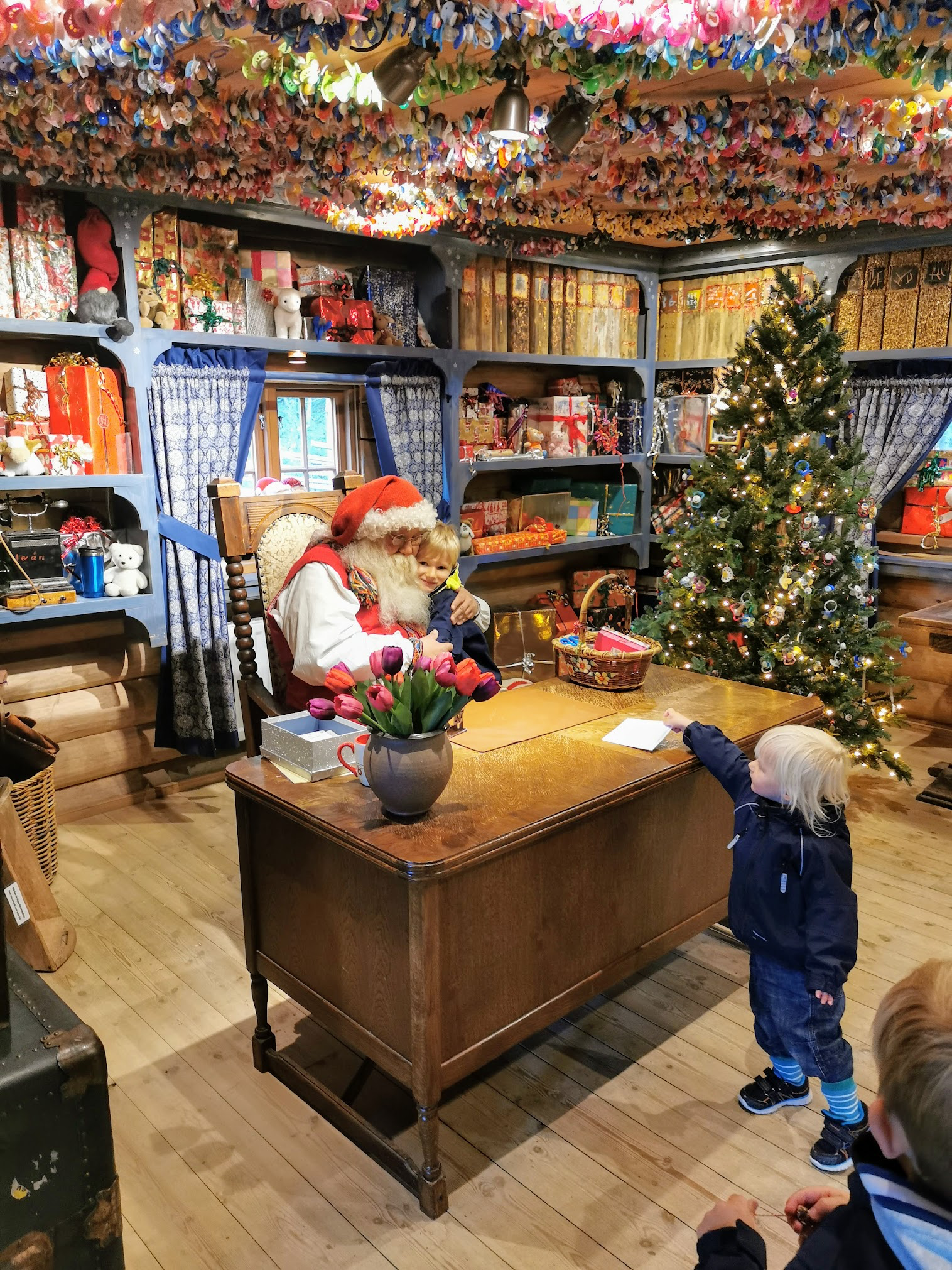 Be greeted Forest Numphe!
The children help to defeat the evil  so that the kind and beautiful Forest Numphe  can return to The Land of Fairytales to heal the wounds in the nature. 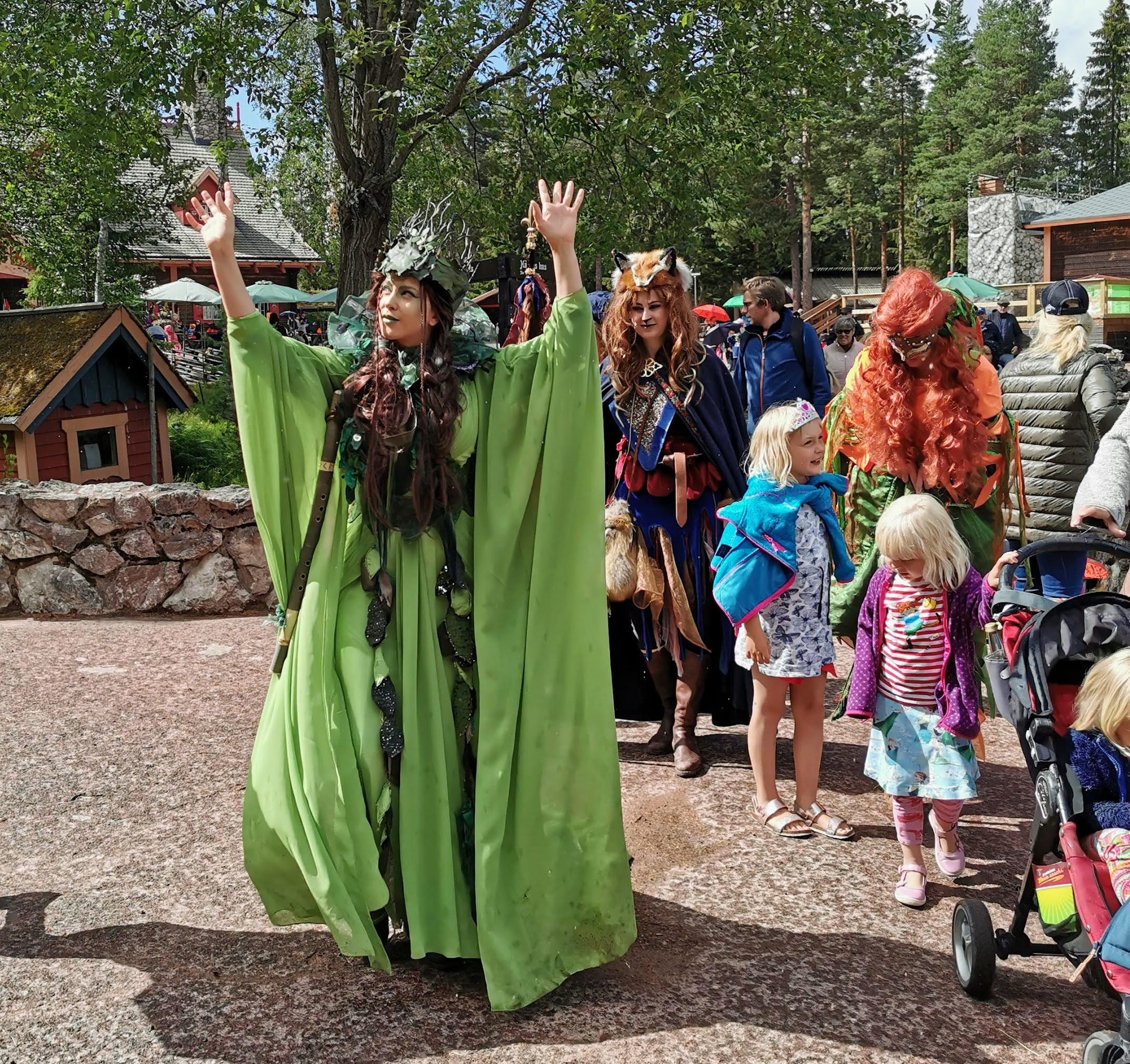 Beware of the Water Spirit! Do not look him in the eyes to avoid being hypnotized. 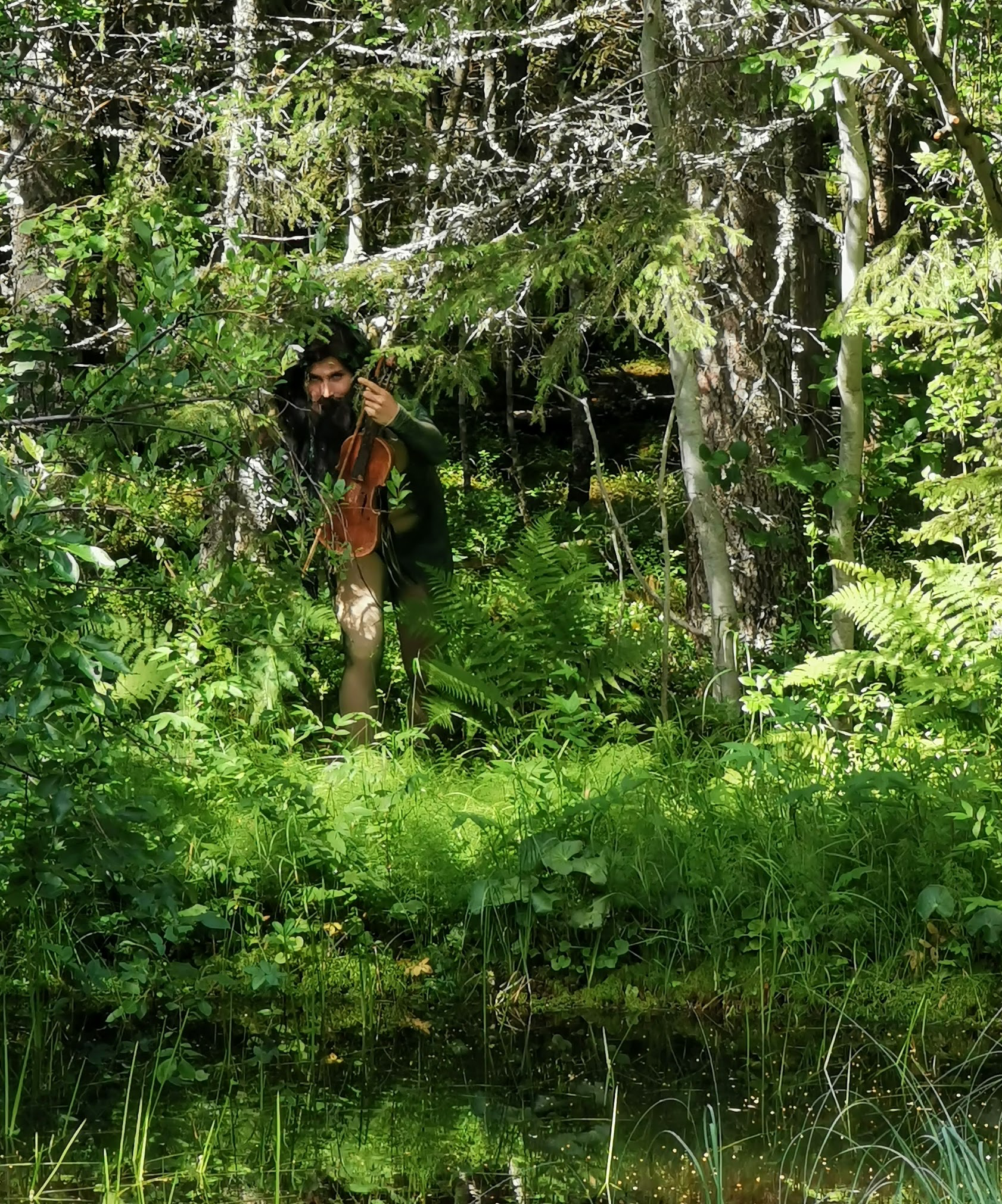 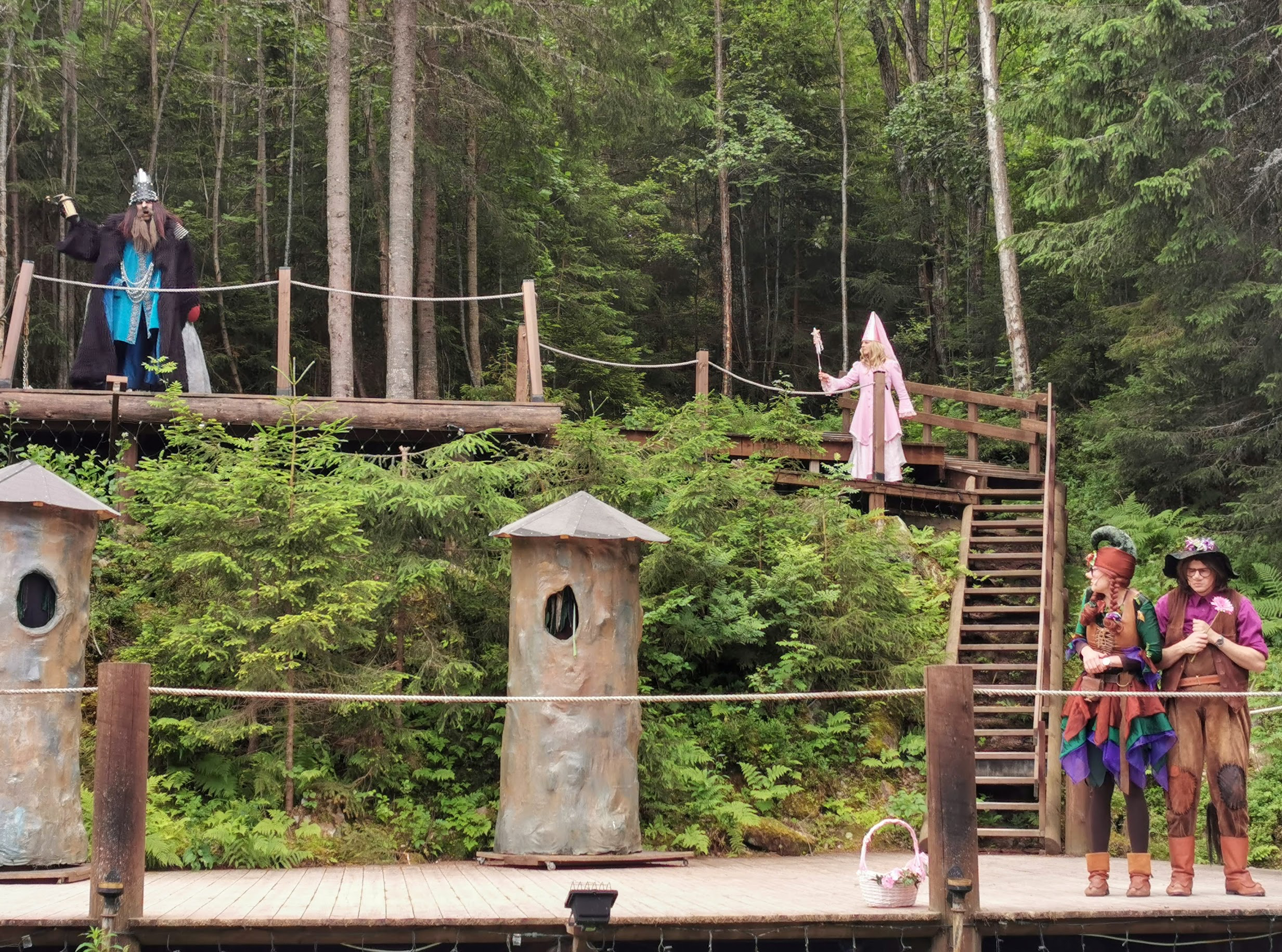 We visited a Troll house and got to see the big Trolls live. Here, children can run around and play and watch and feel the great treasure of the troll and also see the sleeping little baby trolls. 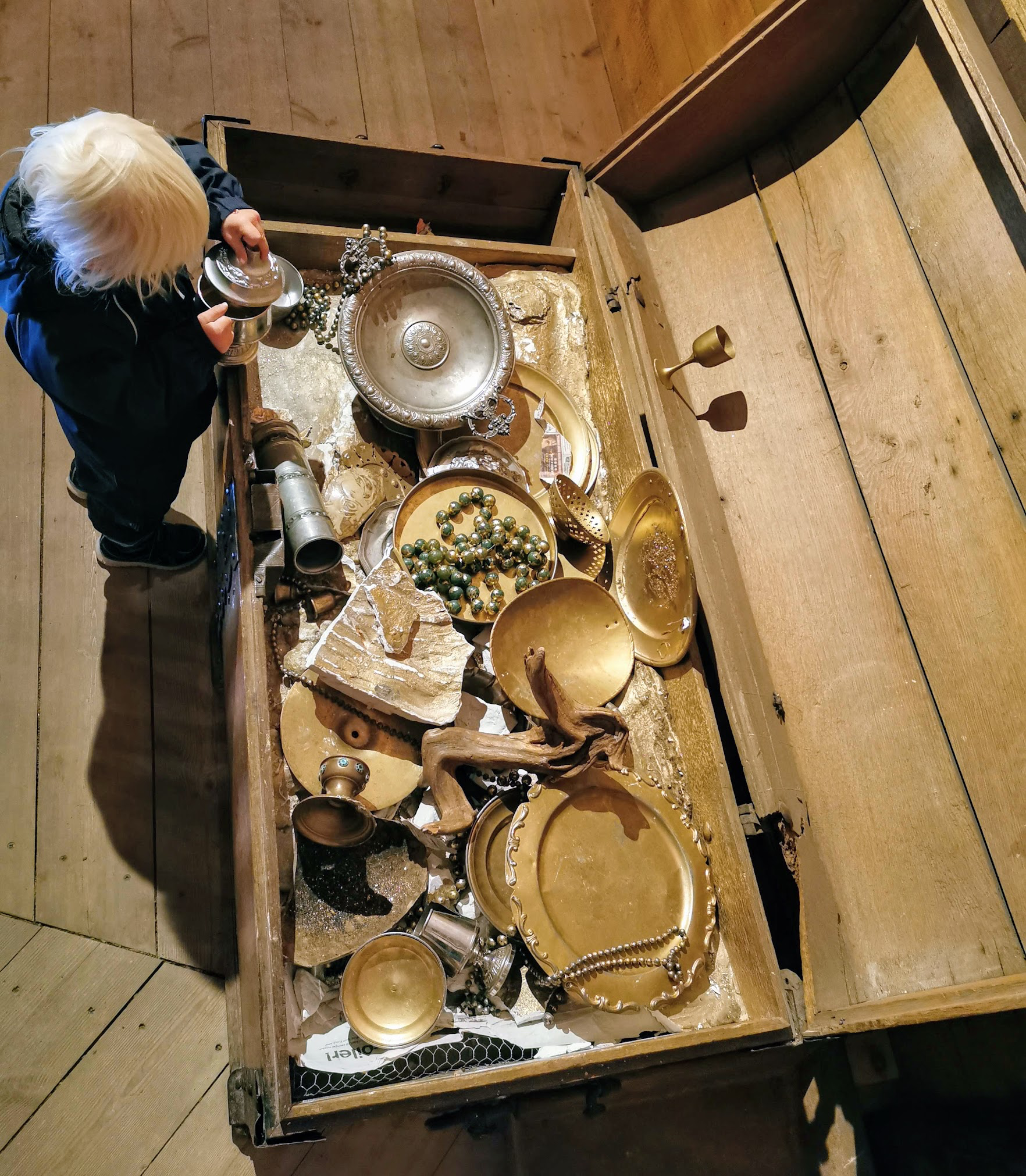 In Santa World there are several places to eat. 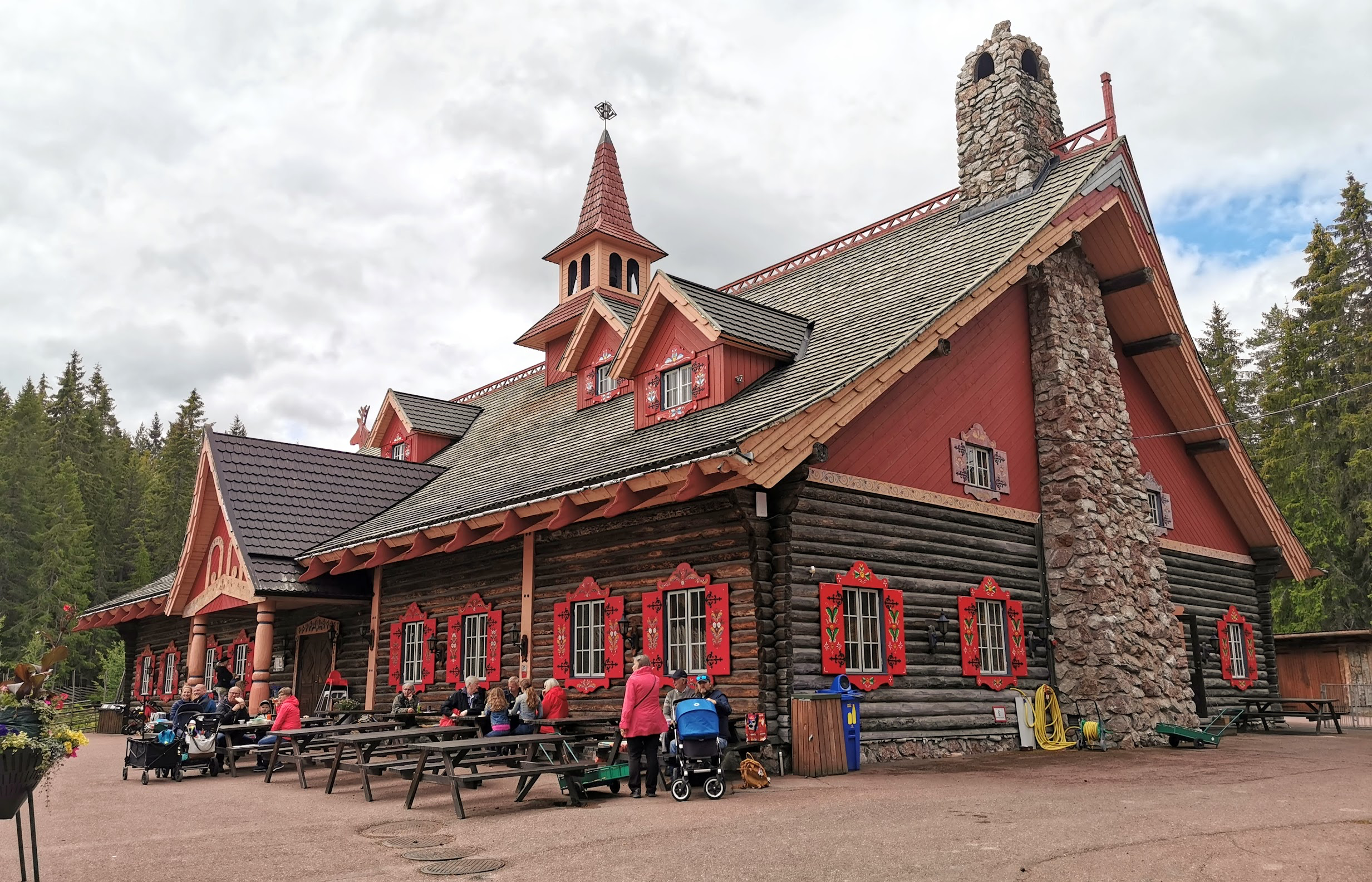 In the middle of the square at the beautiful small lake you find Santa´s workshop the Santa restaurant. Here we had lunch when we visited the park. Upstairs at the workshop there are different play areas inspired by the fairytale world. Here you can eat at the Fairies table, in the Orient, in the prison, etc. In the workshop they also sell fairytale inspired toys and sweets.

At high season, the food stalls are also open where they sell sausages, burgers and soups.

Here you will find coffee, cookies, sandwiches, pizzas and other basic dishes.  In summer, they sell many different kinds of ice creams.

There are several gift shops in the park selling fairytale-inspired toys, clothes and of course Christmas items, etc. 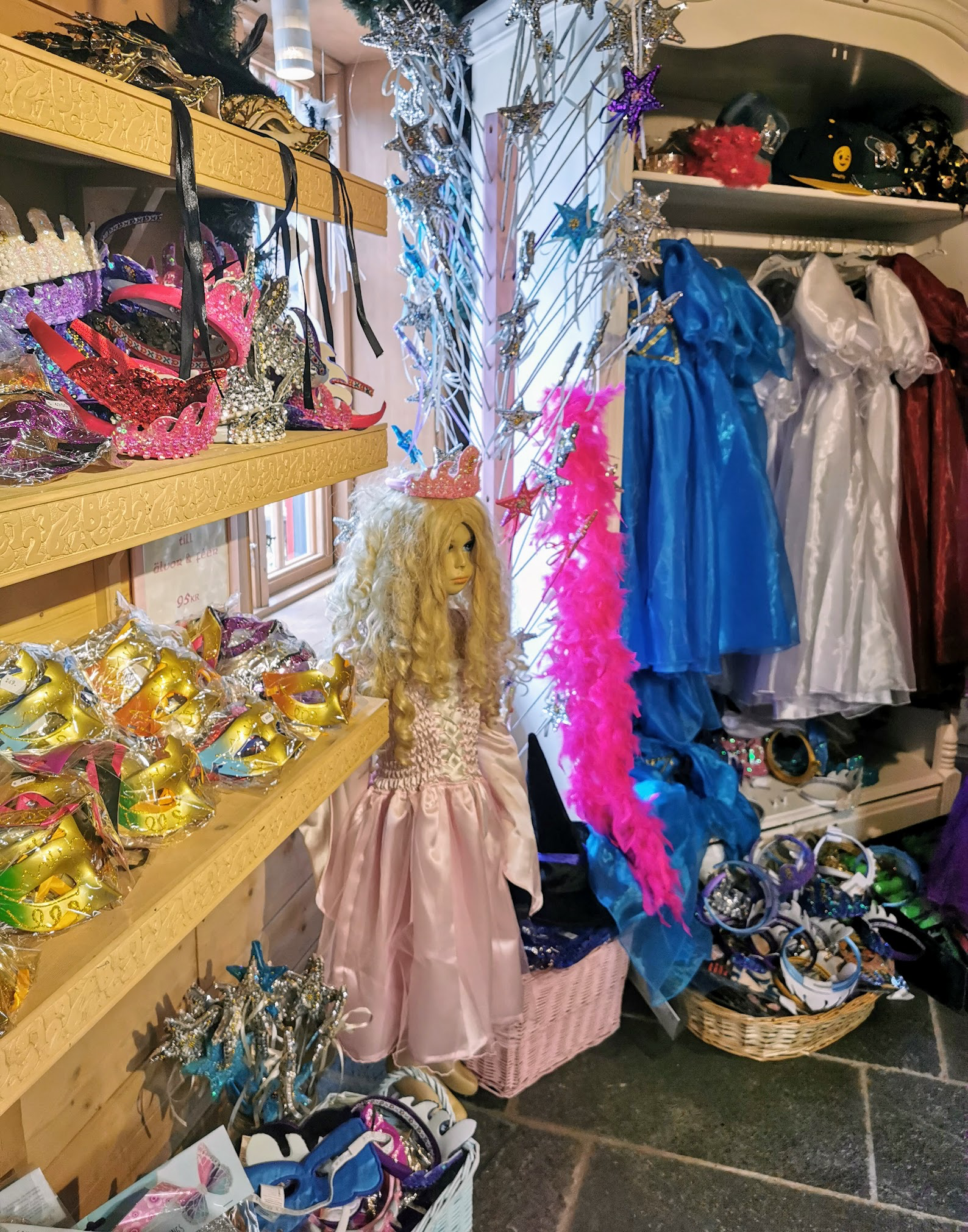 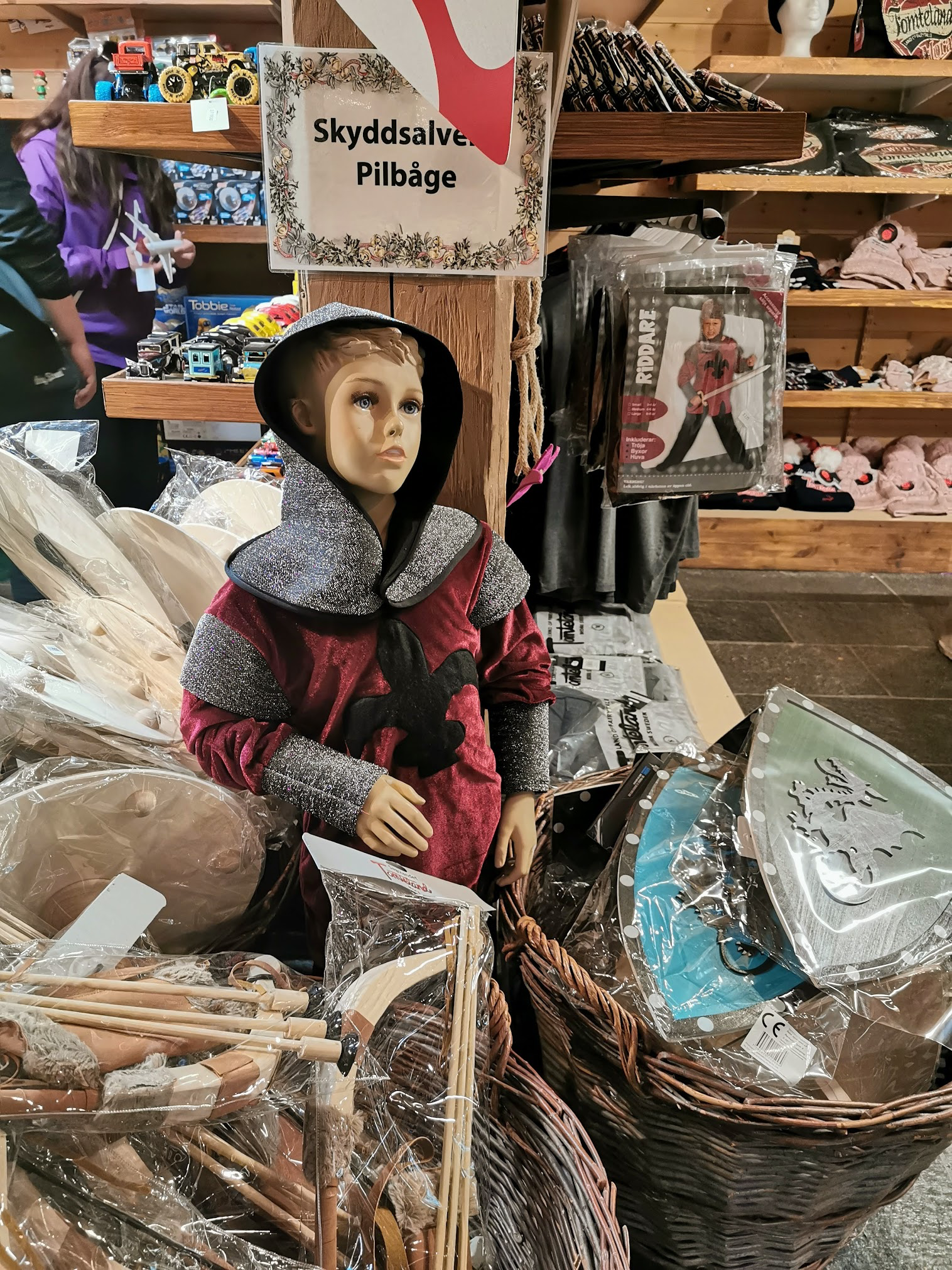 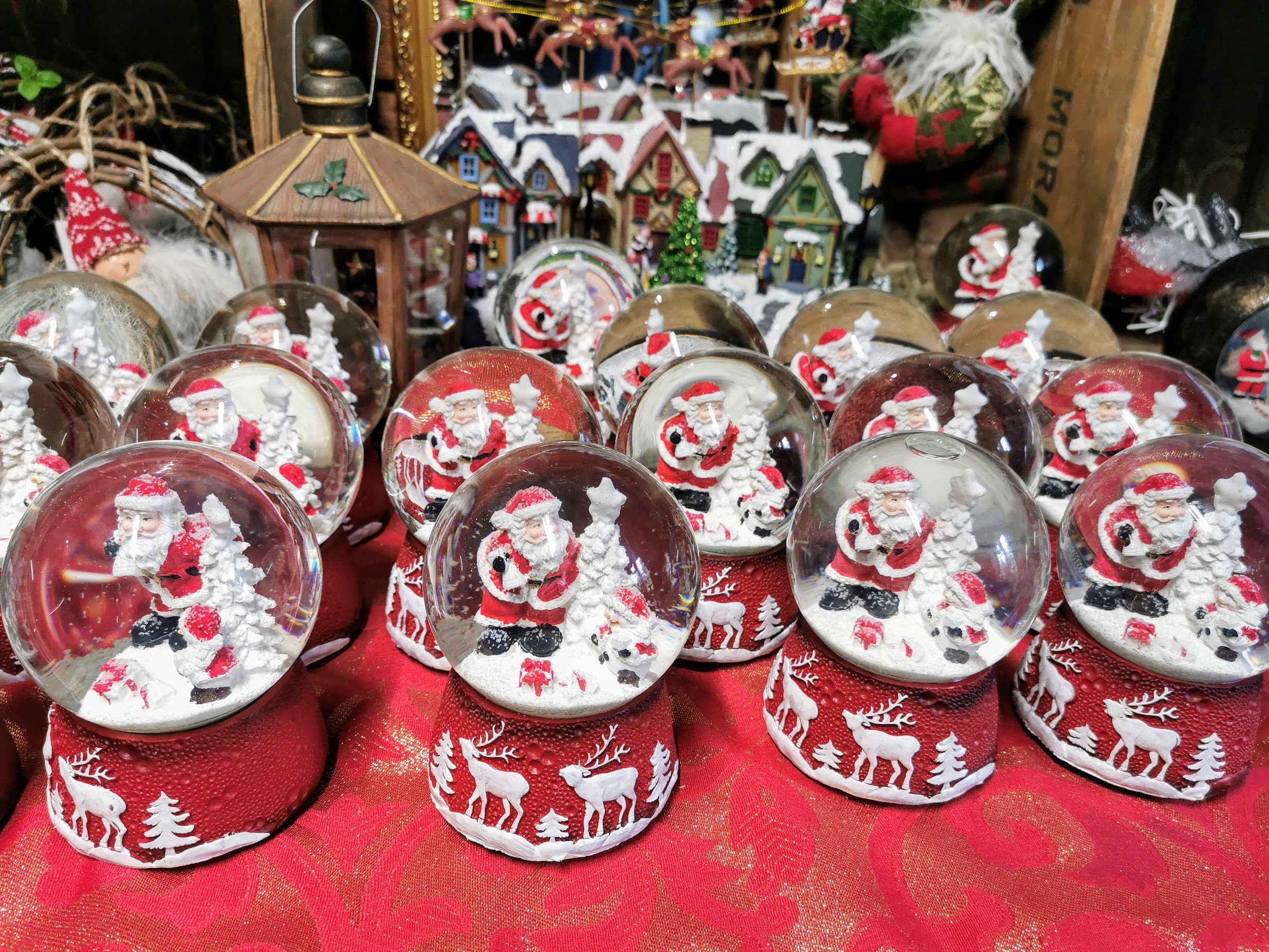 Our opinion about Santa World

We were very impressed by Santa World and will probably go back soon again even if it is many hours drive from where we live. The actors where great so as their vocal performance and their beautiful costumes. We spent a full day in the park but could happily spent one more day there. Our children loved to visit the cozy and exciting houses in the park where they could try and touch all the interesting items. Santa World are not only for young children, even me and my husband were enthralled by the exciting Saga and enjoyed the beautiful park. We can really see that the owners of the park spends much love and concentration on Santa World, the Land of Fairytales.

Christmas – It must be very beautiful to visit Santa World during Christmas time.

There are many accommodation options around Santa World. We stayed at Green Hotel during our visit and enjoyed the cosy and genuine Swedish hotel. You can read about our hotel experience at Green Hotel in my article Green Hotel in the heart of Sweden 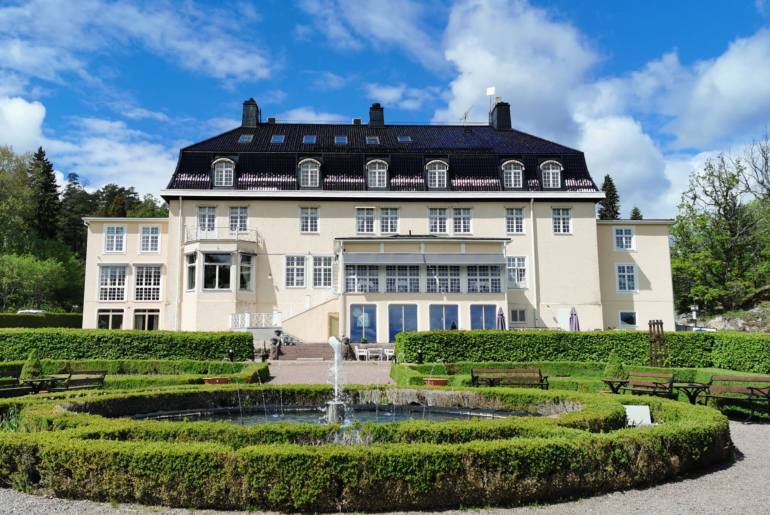 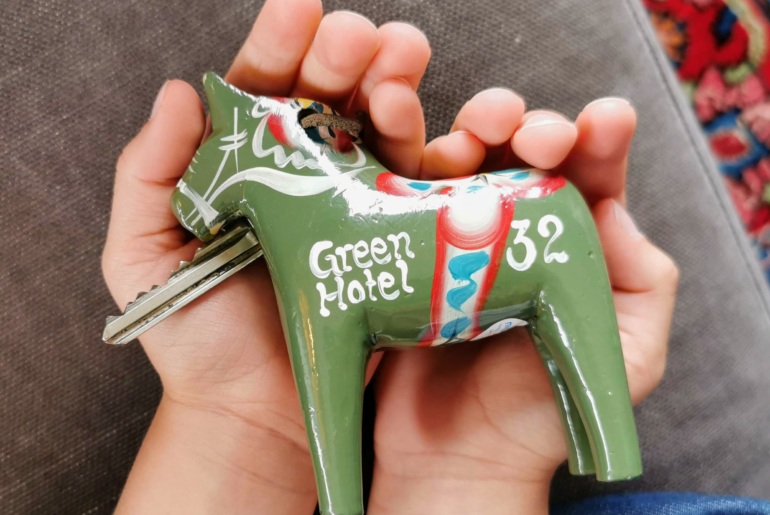 Green Hotel in the heart of Sweden 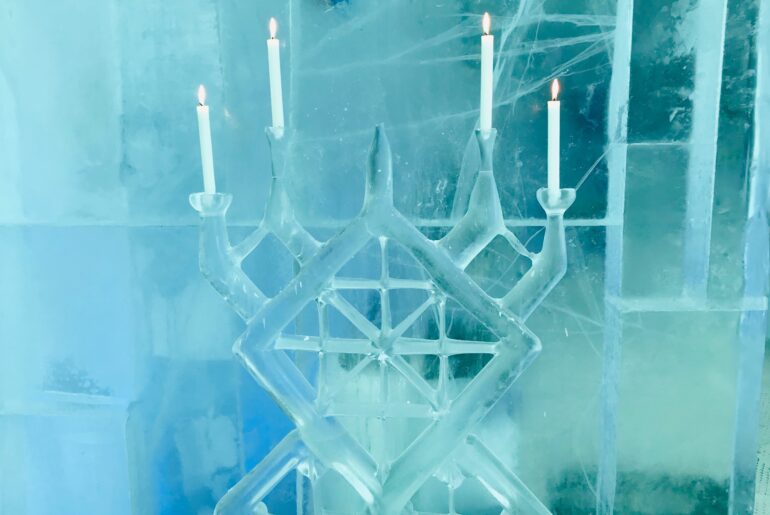